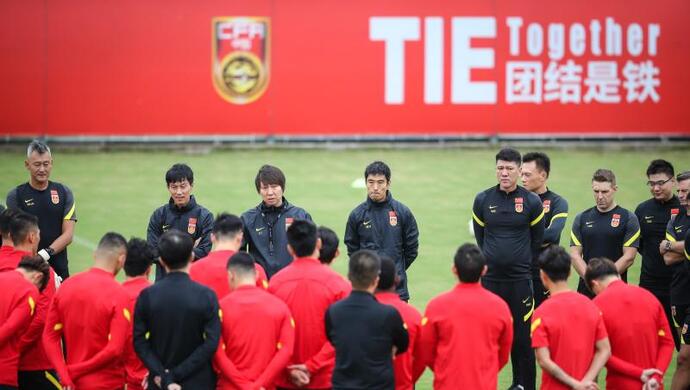 October 7th is a special day. The Chinese men's football experience "two kinds of ice and fire" is in hot searches and headlines.

Headlines: October 7th is the first qualifying day for the Chinese men’s football team to enter the World Cup finals. Many die-hard fans deeply miss the excitement and feel helplessly: “When the national football team is qualified again, the family will never forget. Tell Nai Weng". 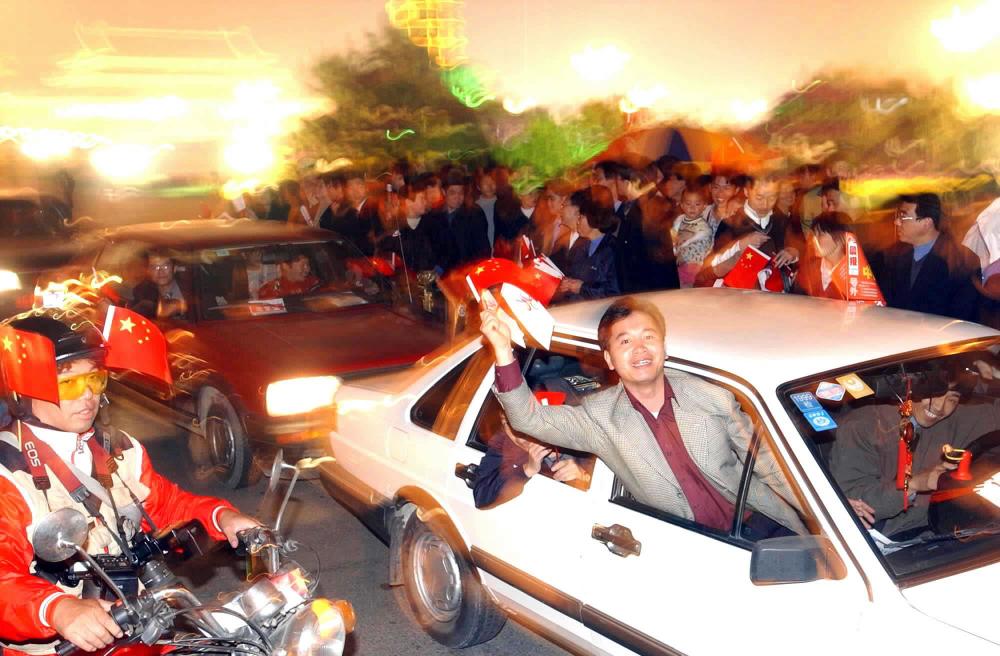 Caption: On October 7, 2001, the National Football Team entered the World Cup for the first time, triggering a spontaneous parade and celebration by fans across the country. 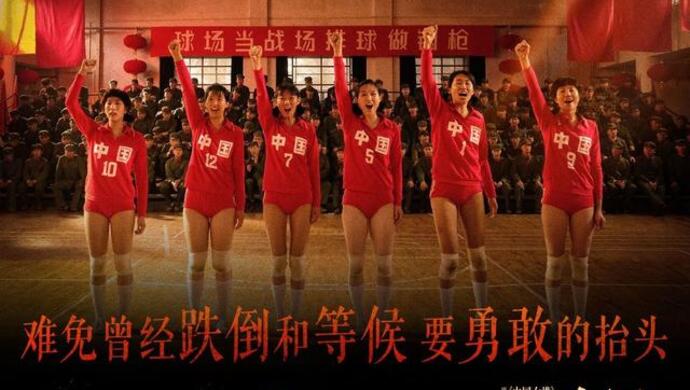 Never give up, it is precisely the core of the spirit of the Chinese women's volleyball team. The right of Chinese men's football to learn and practice the "Chinese Women's Volleyball Spirit" should not be forcibly deprived because of the average team performance.

Li Tie is the coach of the national football team and is currently training in Shanghai. On October 7, after the team conducted 90 minutes of high-intensity technical and tactical training in the morning, they watched the movie "Win the Championship" in the afternoon and learned the "Women's Volleyball Spirit" to enhance the team's cohesion and combat effectiveness. 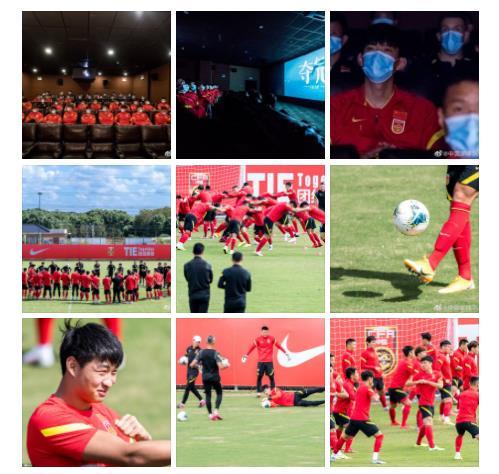 Caption: According to the official Weibo of the Chinese football team, the national football team went to watch the movie "Win the Championship."

The National Football team watched the movie "Win the Championship" and learned the spirit of the women's volleyball team. However, as the first project of Chinese sports to initiate market-oriented and professional reforms, Chinese football has always played the role of traffic and even the public spittoon. Netizens' criticism and mockery of the national football watching movies are nothing more than old routines. Don’t you see, every time the national football team loses, the domestic public opinion is habitually uproar. Many people who don’t pay much attention to football at ordinary times have also expressed their opinions and ridiculed the Chinese men’s football team. Netizens who don't know the truth laughed, forget their worries, and fell asleep soundly, why not do it?

In fact, in addition to competitive competitions, cultural phenomena, and industrial economic value, sports also has a very important social function: the decompression valve of the people's negative emotions. This is most obvious in football. Sociological research shows that the basic function of sports is to release aggressive impulses. In most countries and regions, professional sports represented by modern football not only attract the attention of millions of people, but also release the social pressure of spectators. Football matches are like "decompression valve" and "punching bag". Fans vent their bad emotions by watching the football. The stadium also provides an environment for modern people with greater work pressure to vent. 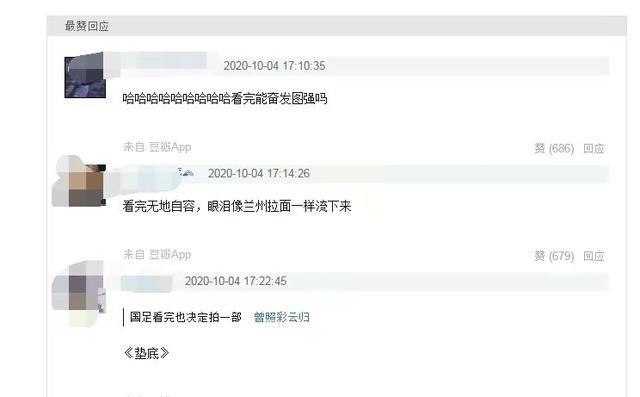 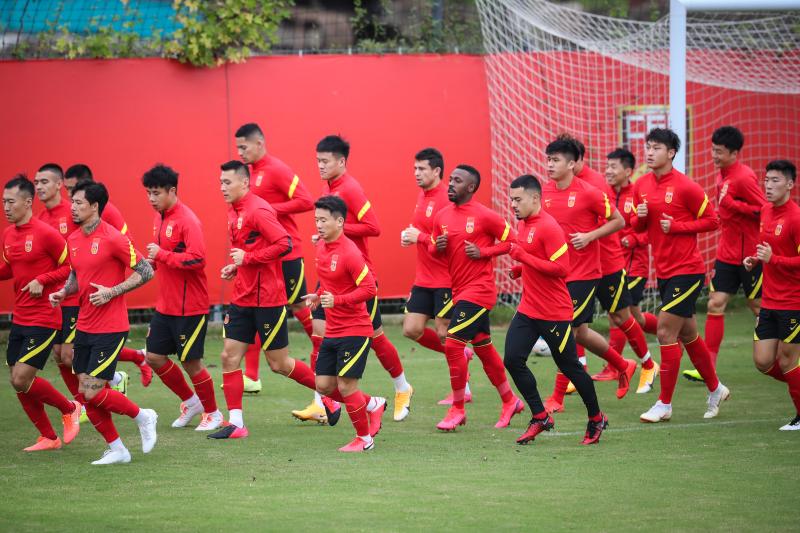 China's mobile Internet is one step ahead of its development, and the Internet is also a brand new way for netizens to self-evaluate and decompress, transforming into a "football field" in the online world. When the two "decompression valves" of the Internet and the National Football team gather together, every netizen can say a few words or even curse two sentences. This is precisely the huge social value that Chinese football carries. Although it cannot satisfy the fans from a competitive perspective, Chinese football at least provides two social values: first, it has become a decompression valve for the people; second, the scolded Chinese football has become the joy of eating melon netizens.

The greatest charm of competitive sports is that there is no victorious general. Winning or losing is the essence of sports. The Chinese women's volleyball team cannot guarantee to win every time, but why do fans and netizens approve of this team? The key is that even if it is defeated, the Chinese women's volleyball team showed its tenacious fighting spirit, fighting spirit, and the courage to still use the sword knowing that it was defeated, so that the fans will understand. 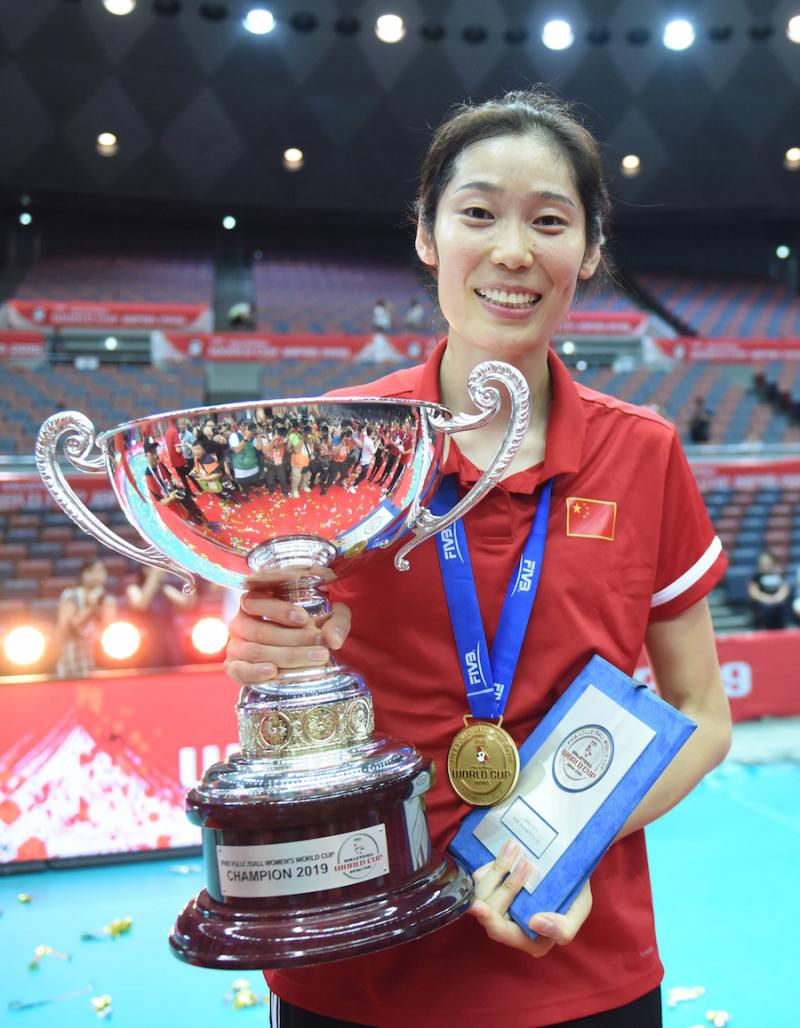 In the author's opinion, the reason why the spirit of the women's volleyball team can be called "spirit" is firstly based on its excellent strength. The strength of competitive sports is the foundation of everything, and the spirit is the superstructure. Without strength, there is no spirit at all. The role of spirit and attitude is more embodied in strong dialogues with close strengths-if there is a certain gap in strength, no matter how strong the "spirit" is, it will not help.

To give an example: in the 2008 Beijing Olympics, the Chinese women's volleyball team coached by Chen Zhonghe lost to the American women's volleyball team coached by Lang Ping at home. Is this because the "women's volleyball spirit" of the Chinese team is not good enough? The answer is of course no. Whenever you lose, you have to find the reasons for yourself. Basically, your strength is insufficient: whether it is the players' athletic ability and psychological ability, or the coaching staff's on-the-spot command ability, the level of rehabilitation and medical treatment, it is an organic part of the overall strength. 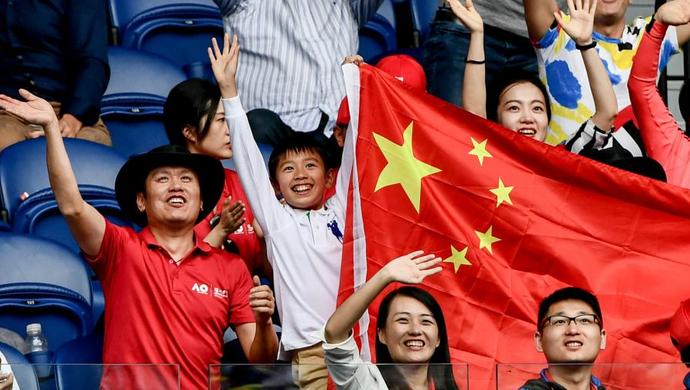 When I walked out of the theater, the national football goalkeeper Yan Junling said: "I was a little excited during the watching process, especially when I saw Lang Ping squatting with a barbell every day when he was young, he couldn't train for less than 100 kg. I couldn't help but think of myself when I was a child. Will work hard to learn the spirit of the women’s volleyball team. It has a strong educational significance for every athlete, and it will have a strong role in promoting our participation in the national team.” Wu Xi was the most impressed when the Chinese women’s volleyball team won the championship, Lang Pingcong The voice of the national anthem was heard in the call from the scene, "Behind "Winning the Championship" is "do a good job every day". As a national team player, we can only improve our results by training hard and starting from the bit by bit."

Whether it is Yan Junling or Wu Xi, they all hit the nail on the head: they must improve their strength. When learning the spirit of the Chinese women's volleyball team, the Chinese men's football team needs to be more aware that the gap between us and the first-class football level in Asia is increasing. The spirit of the women's volleyball team must of course be learned, but improving one's own strength is the top priority. The current national football team is not qualified to talk about spirit.

At the same time, the improvement of the performance of the Chinese national team should not only allow dozens of international footballers and coaches to bear the pressure. We need to be sober to see that from the perspective of the law of sports development, the Chinese men's football loses exactly in line with scientific principles and the laws of sports. 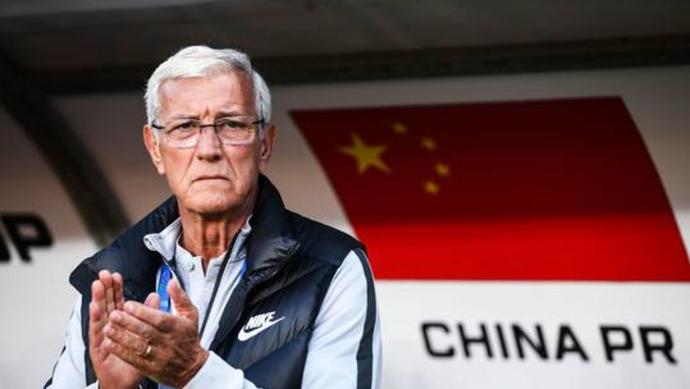 Football is the number one sport in the world. All countries and regions are involved in the whole country and competition is fierce. Studies have shown that the number of players and their interest in football are the key factors for success in the World Cup. Among them, the factor of the number of registered players accounts for more than 50% of the World Cup results. This also means that the "successful experience" of Chinese sports in some non-professional sports such as weightlifting cannot be replicated in the global football field that is fully market-oriented and professionally developed. 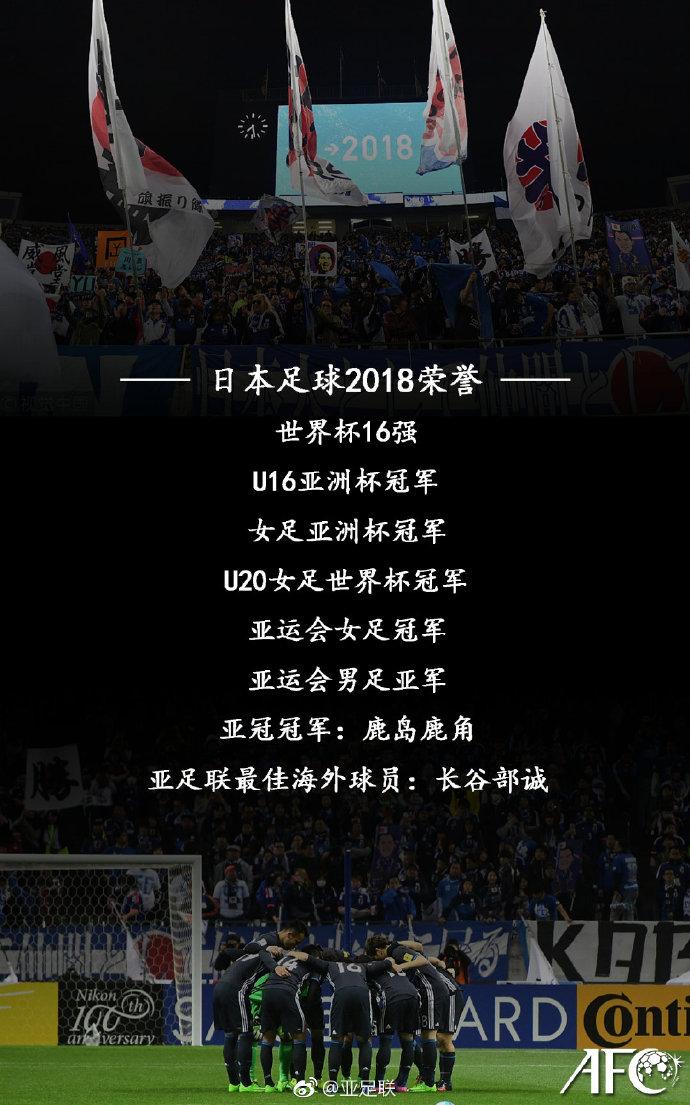 This also means that the Chinese men's football team consisting of 23 players out of 30,000 will not be as effective as the Japanese men's football team, which selects 23 players out of 1 million, and the South Korean team that selects 23 players out of 500,000. The Japan Football Association recently announced the list of national teams, 23 international players are playing for Europe, and Chinese football currently only has Wu Lei abroad. This is the gap between Chinese and Japanese football. This gap is destined from the most basic data on the registered population of football.

If the foundation is not strong, the ground will shake. Former national football coach Lippi has already seen through: "The development of Chinese football is inseparable from the basic development, and the cultural influence is indeed not small. In China, I see that most of the children grew up on homework. Few people try to discover talent, so even if they have football talent, they will not be discovered, perhaps because most people are determined by a single value." 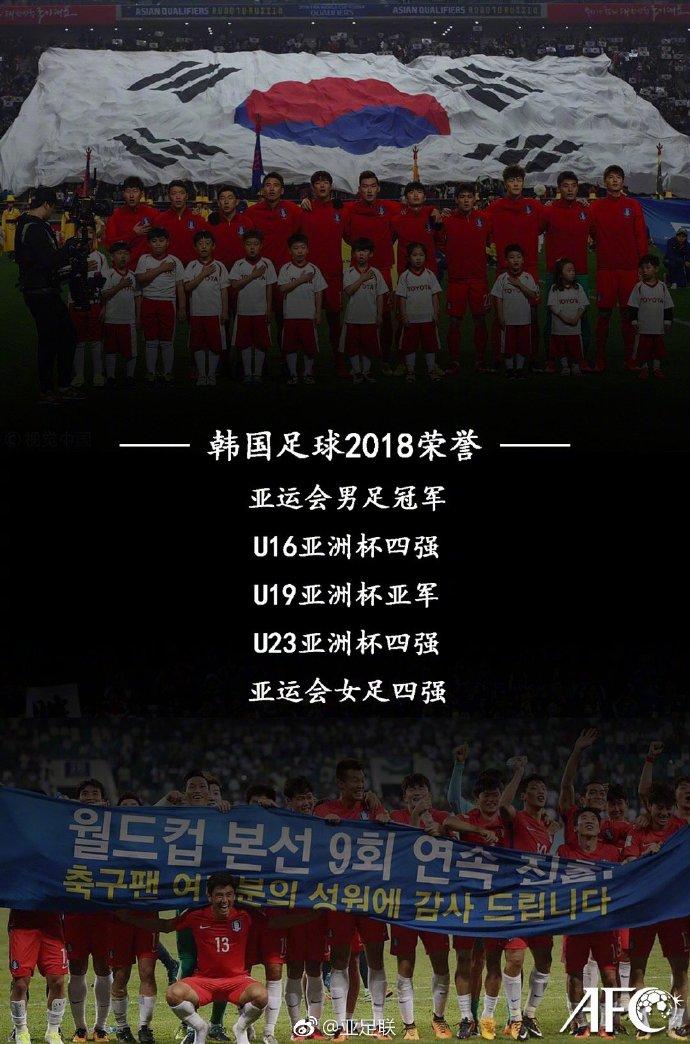 Fortunately, people are delighted to discover that the "Opinions on Deepening the Integration of Sports and Education and Promoting the Healthy Development of Adolescents" recently released by the state has many reform measures for deepening the integration of sports and education. In the future, the development of competitive sports will gradually integrate into all-people youth sports, and the development of football will be the same. Such a reform direction can theoretically alleviate the huge embarrassment of the selection of only 6,000 Chinese men's football players to fight the 1 million selection of Japanese men's football.