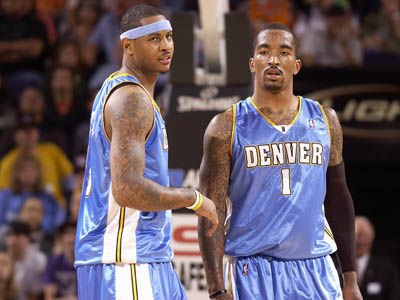 "I went to watch his McDonald's game in high school. I didn't know who he was at the beginning. His performance shocked me. He can really make that kind of half-time three-pointer and take one step past the midfield line. Kind."

"Later he went to New Orleans (the Hornets, the predecessor of the Pelicans). I have been following him. In my third season in the NBA, he moved to our team. I felt that we needed him and I needed an offensive and defensive team. He is a well-equipped defender and his athletic ability is also very good. I was his fan at the time."